A Brief History of Salvation Army 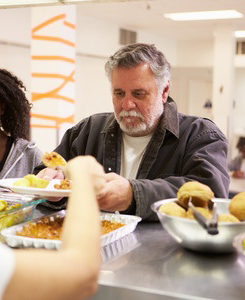 The Salvation Army is a charitable Christian organization with a Christian Methodist infrastructure and  over one and a half million members worldwide and counting.

The organization has military-like roots, and it’s members, who are called salvationists carry out tasks in an infantry-like fashion.

The Salvation Army was founded by William and Catherine Booth, who had the vision of saving the poorest people in the world from hunger both in the body and in the spirit. This was how the name was appended–they are military men who serve to save the hungry from poverty.

It was established in London in 1865. William Booth, originally a pastor, named it the East London Christian Mission. His prior mission was to gather the needy and lost sheep (read: poor people) and establish a church for them. But this changed a little because he wanted to reach to the unfortunate so the charitable institution came into being.

In 1878, he reformed the structure of the foundation liking it to the armed forces. Booth was per se the general of the organization. It was birthed with the current name because of a May 19 and 20, 1878 report stating that “the Christian Mission is a volunteer army.” Booth’s son and George Railton, retorted and paraphrased his line and replaced the statement. Hence, with the name, it was likened to the structure of the military, complete with colors, uniforms and hymns.

They are by principle a christian charity organization but they have monickers such as general, officers and soldiers. As Booth was the first general, his wife was coined the mother of the foundation. They arranged their tasks this way: William ministered while Catherine solicited to the upper class as well as preach, which a rare profession to have as a woman.

There are three key principles that the foundation operate in: soup, soap, and salvation. Soup stands for the outreach of the hungry in the body, soap stands for the homeless needing fresh clothes and get up especially during church services. The last stands for the spiritual aspect of the person and how the institution helps a person to be nearer to God.

In 1880 the organization expanded to three countries: The United States, in Ireland and in Australia. The structure of the foundation in some countries does not have a centralized official officer. Some established it as a sole charity group though they bearing the new name of the East London Christian Mission.

Tracking the records of this organization, it now operates in up to 126 nations supporting 175 languages. They have set up booth camps that offers shelter, disaster relief and humanitarianism from third-world countries.

This entry was posted in Uncategorized. Bookmark the permalink.